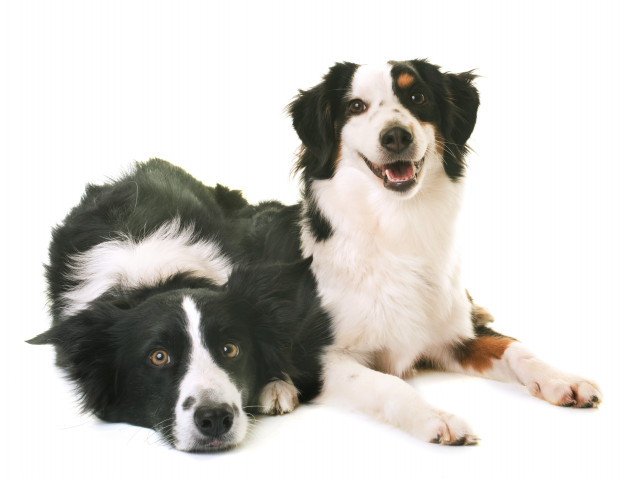 Classification of the international cynological Federation

History of your Australian Shepherd

The mini Australian Shepherd is not to be considered as a truly distinct breed but rather as the miniature version of the Australian Shepherd.
Having arrived in the United States from Australia during the 18th century with the Basque shepherds and their sheep, the miniature Australian Shepherd or ” Little Blue Dog “, as it was called, has always had a reputation as an excellent working dog for cattle. In order to further improve its qualities, the “ranchers” have crossed it with other breeds of shepherd dogs such as the Border Collie, the Collie or the English Shepherd.

The Australian Shepherd miniature measurement between 35 and 45 cm for a weight that varies between 8 and 18 kg. His pace is balanced despite being slightly longer than high. He’s a nimble dog.
Its neck is of medium length, solid and curved at the top. Her body is strong and muscular. Her backline is well horizontal and her chest is wide and deep. His kidney is strong and rising slightly backward. Its tail is straight and naturally does not exceed 10 cm. Its members are upright and powerful. Its feet are oval and compact.
The head of the miniature Australian Shepherd is well drawn, proportional to the body and strong. The upper part of the skull is flat or slightly rounded. Its length is equal to that of the muzzle, which is rounded at its tip. Its eyes, very expressive, are almond shaped and of moderate size. They are neither protruding nor sinking. Pupils are dark. This breed has a significant variation of eye colors regardless of the color of the coat (e.g.: brown, blue, amber, green, minnow or any variation / combination of these colors, speckles and marbling including). Its ears are placed high, triangular and rounded at the end, of medium size, they can be erect or pendulous.
The colors of dresses recognized in this breed are merle blue, merle Red, solid red and solid black, all with or without white spots and light. The hair is of medium length except on the head, the outer face of the ears, the front of the anterior limbs and under the hocks where it is shorter. The hind limbs are fringed, The Mane and the crop moderately provided. It is a hair that resists to water, straight or slightly wavy with an undercoat.

The Australian Shepherd miniature is a robust dog with an estimated lifespan of 12-13 years. Rarely ill, like all dogs, he needs regular maintenance (follow-up vaccination, deworming, brushing / grooming, sports activities, intellectual activities and good nutrition) to guarantee him the best living conditions. However, this breed is subject to certain pathologies for which it is necessary to undergo genetic tests: hip dysplasia, hereditary canine eye diseases (cataract, abnormal eye of the colleague, progressive retinal atrophy, multifocal retinopathy), degenerative myelopathy, hyperuricosuria or drug sensitivity.

The Australian Shepherd is an attentive and vivacious dog with a combination of strength and endurance. Intelligent, he has a strong instinct for the care and guidance of the flock. What can I say except that he is an exceptional companion! Of equal temperament, he has a good natural and is always enthusiastic. He’s loyal and devoted to his family. At first contact, he may be reserved with strangers but never shy. Although authoritarian and determined in the performance of his duties, he was not aggressive either with Man or with other animals.

The education of the miniature Australian Shepherd is made easier by the obedient temperament and the desire to please his characteristic master of this breed. It is a real pleasure to teach him things as he is so reactive ! If he comes from a lineage with a good temperament, that he is well socialized from an early age, and with some basic notions of obedience and especially a little daily exercise to ensure his mental balance, he will quickly be able to participate in various types of competitions or simply to ensure his role as an ideal companion.

Its size is perfect to take it easily with you. It does not ask for large spaces to run and relax but it is not for all that a parlour dog. Initially used as a shepherd dog, it remains very active and therefore needs a daily physical expenditure. His instincts can lead him to lead children and other animals “like sheep”, which can lead him down dangerous paths. It is therefore advisable to have a well fenced garden to frame it.

Dog Barking Collars Are Not Inhumane

White Dog Poop – Why Does My Dog Have White Stool?