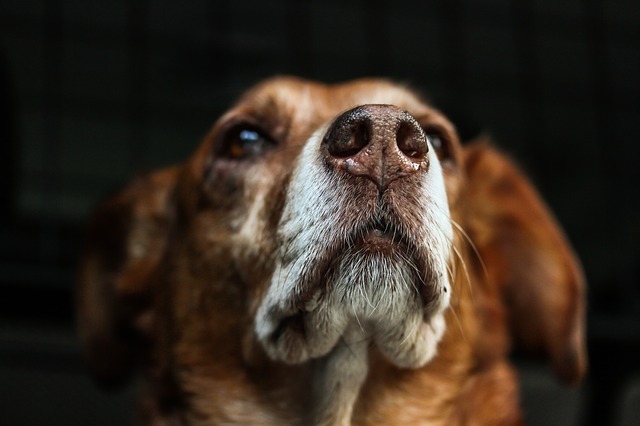 The Main Signs Of Canine Hepatitis

After a brooding period of about 3 days, the first signs of Rubarth’s Disease can be seen. At first, it is believed that the dog has a high fever and amygdala inflammation. Thereafter, the temperature can rise to 40°C and this lasts about a week. From the 6th day, the main signs appear among other things, the affected animal suffers from anorexia and conjunctivitis.

The dog can no longer hold his tears and nasal discharge also accompanies them. A few days later, the animal suffers from digestive disorders such as diarrhea and vomits all the time.

Indeed, as soon as the adenovirus comes into contact with the dog’s body, it passes very quickly into its bloodstream and through some of its vital organs such as its brain, kidneys and liver.

From then on, the dog loses its appetite and gradually begins to weaken. He then experiences intense abdominal pain caused by the destruction of his liver cells. Some of these vital organs begin to swell and lymph nodes also appear.

This edema can touch her neck, head or entire body. An eruption of reddish spots may also occur in her oral mucosa. It is nevertheless to be noted that the symptoms of Rubarth’s disease are not the same from one dog to another.

While some do not show significant signs to the naked eye,others show a much more serious form with a sudden appearance of hepatitis accompanied by a sign of Gastroenterology.

There are even those who die within a few days of the first signs of the disease, especially if hepatitis has caused blood clotting disorders.

It is in this sense that it would be advisable to consult a veterinarian as soon as possible as soon as the first symptoms appear.

Especially since the affected animal could easily transmit this disease to other pets. In fact, even if an animal has one of these signs, the presence of canine hepatitis can only be confirmed after diagnosis and analysis of the blood or urine of the animal concerned.

What Precautions Should Be Taken To Control Canine Hepatitis?

So far, only vaccines are able to prevent canine hepatitis. An effective vaccine can be used to prevent this disease or vaccination against parvovirus and canine distemper. It is therefore of the utmost importance to have small puppies vaccinated as soon as they are at least 2 months old.

Moreover, it is especially the young dogs that are most concerned with the hepatitis of rubarth. Indeed, there is a form of this Hepatitis that affects newborn puppies and it is very acute. Since it brings him into a deep coma, the death of the puppy would be inevitable in this case.

Two injections spaced 4 weeks apart may be sufficient so that a small ball of hair can protect itself against canine hepatitis. If previously the canine adenovirus type 1 (canine adenovirus-1) vaccine was recommended to kill the hepatitis-carrying virus in the urine of a four-legged animal.

Today the CAV-2 has been added to provide cross-immunity. While the first type of hepatitis vaccine may cause a problem with corneal opacity, the second type does not show any apparent side effects.

In any case, ocular damage is only temporary after vaccination, but it is a positive sign of the reduction in canine hepatitis. On the other hand, it is always important to make reminders once a year. So that the animal is completely immune even if it is in constant contact with another dog that suffers from this contagious disease of canines of type 1.

How Is The Canine Hepatitis Virus Transmitted ?

This hepatitis disease, which is classified as a crippling defect in canine animals, is highly contagious. It is easily transmitted either through saliva, excrement or the urine of an already infected pet. In other words, contagion can occur either directly or indirectly.

In addition, even a dog that has already undergone treatment and has survived is still able to spread the virus. For a few months after his treatment, he still removes canine adenovirus type 1 through his urine. The latter can remain alive for several days outside the body of an animal and resists in a cold environment as well as to acids.

At least, it does not survive high temperatures and is inactive if Bleach is applied to areas suspected of transmitting the virus. However, it should be noted that rubarth’s hepatitis is different from viral hepatitis. If it can be transmitted from an animal to a human being or vice versa, rubarth’s hepatitis cannot contaminate humans.

As for its mode of transmission, it spreads through the body of the animal victim by blood. It is in this way that it can rapidly touch the blood vessels, renal and hepatic parenchyma, or even the dog’s lungs. It should be noted that for some breeds, infection may be associated with other diseases such as canine distemper or laparvovirus.

What Is The Most Appropriate Treatment For A Dog With Rubarth’S Disease?

Only a veterinarian can recommend effective treatment for canine hepatitis. Indeed, it depends on several criteria including age and the present symptoms of the animal on four legs especially since its symptoms are very variable from one dog to another.

Depending on the dog’s condition, the specialist may use an infusion or medication to stop the diarrhea. An anti-vomiting medication could also be suggested if needed. In any case, the veterinarian will attempt to delimit the superinfections. He will also find solutions to stop internal bleeding.

In some cases, serotherapy may be sufficient to treat hepatitis. But in other, much more serious cases, a blood transfusion would be the only way the animal could survive. It should be noted that the strict follow-up of a treatment is advised since 1/5 of the dogs affected by this disease die. And even those who survived need several weeks of recovery to regain their strength.

As a reminder, it is forbidden to sell a dog with canine hepatitis or carrying the virus called adenovirus. This could bring its owner to justice.

How to Train your Shih Tzu Dog

How to Choose a Dog Snuggie Guide

Foods rich in omega 3 for dogs