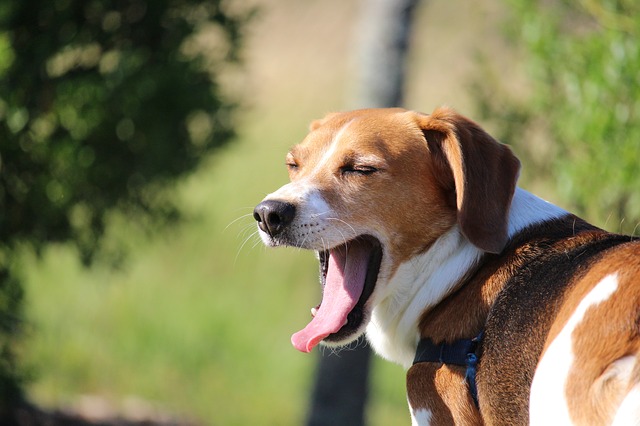 How Do I Tell The Difference Between Sneezing And Reverse Sneezing in Dogs?

Sneezing in dogs is sometimes confused with reverse sneezing.

Dog sneezing is characterized by expulsion of air through the nose and mouth following irritation of the nasal mucosa. If you place your hand in front of your dog’s nose when it sneezes, you will be able to feel the air.

This is an impressive attack in which the dog suddenly lengthens the neck and starts to inhale through the nose in a loud and repeated way. The mouth is shut, while emitting a snoring sound. If you place your hand in front of your dog’s nose, you will not feel air as sneezing. The origin of the reverse sneezing is irritation of the nose and pharynx.

Whether it’s sneezing or reverse sneezing, the frequency is important to consider. If they’re only casual, then there’s nothing to worry about! On the other hand, if they are common or if the animal has other symptoms, a consultation with a veterinarian is necessary to determine the cause and to implement a suitable treatment.

What Causes The Dog To Sneeze?

Below are listed the possible causes for reverse sneezing in dogs:

Viruses And Bacteria Can Be Responsible For Rhinitis In Dogs.

Kennel cough, in particular, is a disease caused by a combination of viruses and bacteria. The most common symptoms are coughing, coughing, fever, jetting, sneezing… It is possible to vaccinate dogs to protect them against this disease.

Dogs can inspire foreign objects to lodge in the nasal cavities (spikelets, blades of grass, etc.)..). Be careful when walking in tall grass!

Polyps are benign masses located at the nasal cavities or between the nasal cavity and the pharynx. They gradually cause airway obstruction. The symptoms encountered are respiratory noises, discharge, sneezing, etc.…

This condition usually appears in young animals. It is a congenital malformation resulting in a hole in the palate. There is then communication between the mouth and the nose. Sneezes can contain food particles.

It mainly affects older dogs. Often, sneezing does not occur suddenly, but is associated with other symptoms such as jettisoning, wheezing, shortness of breath, fatigue,… Deformity of the face may be present as well as bacterial superinfection.

Aspergillosis is a disease caused by fungi, the main cause of which in dogs is Aspergillus fumigatus. It most often concerns dogs aged from 1 to 7 years, unlike nasal tumors which mainly affect older dogs. It can occur in a primary or secondary way (foreign body, tumor, etc…).

Why is my dog afraid of other dogs ?

Should you have your dog vaccinated every year ?