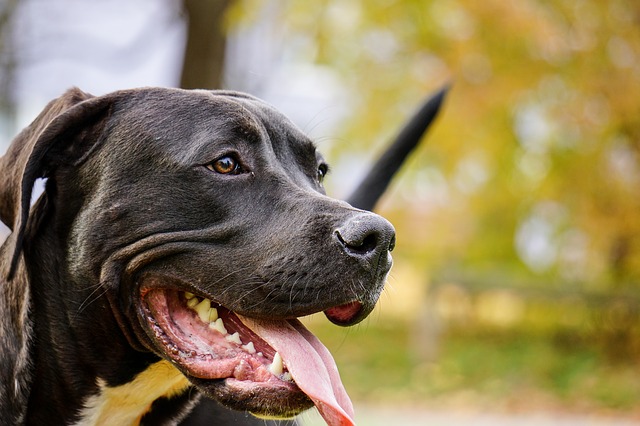 Its real name is the American Pit Bull Terrier, a very special breed combining strength, energy and character. It is a dog that has a bad reputation because of its past but it is important to remember that the Pit Bull do not have the capacity to reason as a human being could do and yet it is their masters who inculcated in them aggressive and savage behavior by educating them in this way.

Nowadays, when we try to understand, we see that these are very sociable and pleasant dogs that we can find from all over the world in thousands of homes. Pit bull are stubborn and very intelligent animals that can learn a lot and even take care of children. Choosing a name is a complicated decision that will take time. We hope to help you ! In order to pay tribute to this splendid race, today we will see with you how to choose the best names for Pitbull.

It is Impossible not to notice the protruding muscles of the pitbulls : they are ferocious dogs and in this lies their beauty, their strength and the passion they transmit. This is what amazes all the enthusiasts of this race with such a busy past.

Depending on how you call your American Pit Bull Terrier, people will experience one sensation rather than another. For example, your mother will have a better impression if she meets “Becky” before “Cruella”. You already know what kind of life you want to give your pet. If you want your Pit Bull to be a friendly and sociable companion to walk around the park, you should choose a warm and close first name, but if instead you are looking for a keeper who will frighten the thieves, then you can go to a first name such as “Destructor”.

Of course, we would like to remind everyone reading this post that the pitbulls are not aggressive dogs and should not be trained as a weapon of war, as that is unfortunately often how they are educated. People who only see new toys in them will not give them the love and respect they deserve, and they may even break important rules and have problems with justice.

When a master chooses a name for his dog, they like to convey the security and love that he sees in him. That is why it is quite common to meet Pitbull bitches named maiden or princess, although they are not as elegant as the Dalmatian, they know how to behave very well.
Name ideas for your pitbull-a name that matches its appearance and character

Of course, it’s not the same to find a name for a male as it is for a female. The males are very rough and have a very dominant character. They have the quality of being very attached to their masters and are very affectionate. To conclude, the name chosen must be strong but with an affectionate touch that makes you smile and marks your affection for him.

Below, here is a list of examples of names that may be useful to you, some will be very common and others not. You can also add syllables from other first names you like to create your own :

Women, like males, have their own characteristics that differentiate them from males. Females are also loyal but are more independent than males. On the other hand, they are not as dominant as their opposite-sex counterparts. They have a quieter and more serene walk. It is a very affectionate race to their master and children.

Here is, at your disposal, another list of names for a female Pitbull, just like the previous list, they are sound names and strong but which do not translate anything negative on the contrary, only positive and feminine waves as the females deserve PitBull:

Discover all about the Pit Bull Terrier and their history from the 19th to the 20th century as a foster dog.