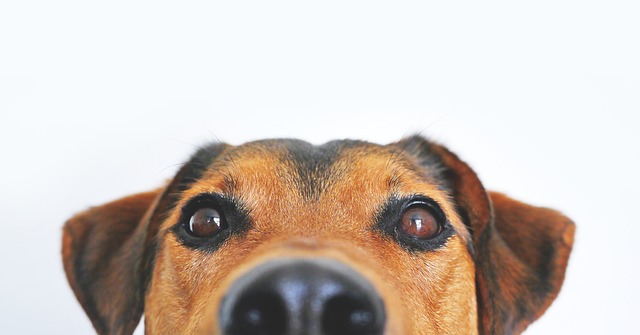 Cataracts in dogs is an eye condition that mainly affects older dogs, however factors other than age may be responsible. This pathology corresponds to an opacification of the lens causing a decrease in vision and which can eventually go as far as blindness.

It is therefore a handicap for the dog especially in case of sudden cataracts. Here are the essential points to know about this disease in order to identify its symptoms and to manage it.

Definition And Causes Of Cataracts In Dogs

Cataracts appear mostly in older dogs (on average more than 7 years old), they are called senile cataracts. It is caused by denaturation of the lens Matrix, an initially transparent organ that acts as a lens directing light rays onto the retina. Following the opacification of this part of the eye, the images can no longer be transmitted to the retina and the dog gradually loses sight.

While this process is very often linked to age, there are also cases of genetic cataracts, traumatic cataracts, metabolic cataracts or other eye disorders (called secondary cataracts). In its normal form, it makes the dog progressively blind from both eyes, but in the case of a traumatic injury only the eye that has undergone a shock is affected. Cataracts can also be congenital (present at birth due to an abnormality of the eye structure), promoted by diabetes or caused by the ingestion of toxic products.

Symptoms Of Cataracts In Dogs

The first observable sign of cataract is the presence of a white to bluish reflection in the centre of the eye. This symptom, relatively inconspicuous at the beginning of the disease, will increase as the lens loses its transparency and the dog’s vision decreases. Sometimes a change of behaviour can be noticed in the animal, especially when it comes to a rapidly changing cataract : frustrated and destabilized by its handicap, it can then be prostrate or aggressive towards people and animals approaching it, which it no longer sees coming. When the cataract reaches an advanced stage, he will begin to stumble on the obstacles he encounters.

In general, an old dog with a good knowledge of its environment will be relatively comfortable to move, while a young dog suffering a sudden vision loss will be handicapped. In the case of a senile cataract occurring gradually, the dog fortunately has the possibility of gradually compensating this inconvenience with its other senses. At the most advanced stage of the disease, the lens becomes completely milky white : it becomes opaque and is responsible for total and irreversible blindness.

Possible Complications Of Cataracts In Dogs

Some complications may occur in association with cataracts, such as the appearance of glaucoma due to increased pressure inside the eye, uveitis (inflammation of the cornea) or a reversal of the lens. For all these reasons, in addition to the handicap that it represents for the animal, cataracts must be an imperative reason for consultation in order to implement as soon as possible an adapted treatment aimed at slowing down the aging of the lens.

How To Treat Cataracts In Dogs

Early treatment is essential to avoid irreversible blindness in the affected dog. Therefore, if in doubt, making an appointment with the veterinarian to make a diagnosis is the first reflex to have. If the damage already done is irreversible, some treatments will make it possible to delay total blindness with appropriate medication and dietary supplements.

Surgery is possible, although rarely performed because it is very expensive (up to € 1,500 per eye). In addition, it is contraindicated in elderly animals due to the risk of general anaesthesia. This operation, which consists of replacing the lens with an artificial implant, is the only way to restore a correct vision in the animal, we can therefore consider it in young dogs with hereditary cataracts.

Measures To Prevent Cataracts In Dogs

Due to the inescapable nature of cataracts in some individuals, no prevention is really effective and the results will not be guaranteed when the dog reaches an advanced age. However, taking several foods helps to fight against free radicals (responsible for the deterioration of proteins in the lens): vegetables rich in antioxidants (carrots, cabbages, green vegetables), antioxidant vitamins, beta-carotene.

The use of cinerary eye drops (medicinal herb) also helps to protect ocular tissue in a preventive manner. Ask your veterinarian for advice for more information on these natural remedies and dietary supplements that have already proven effective in both animals and humans.